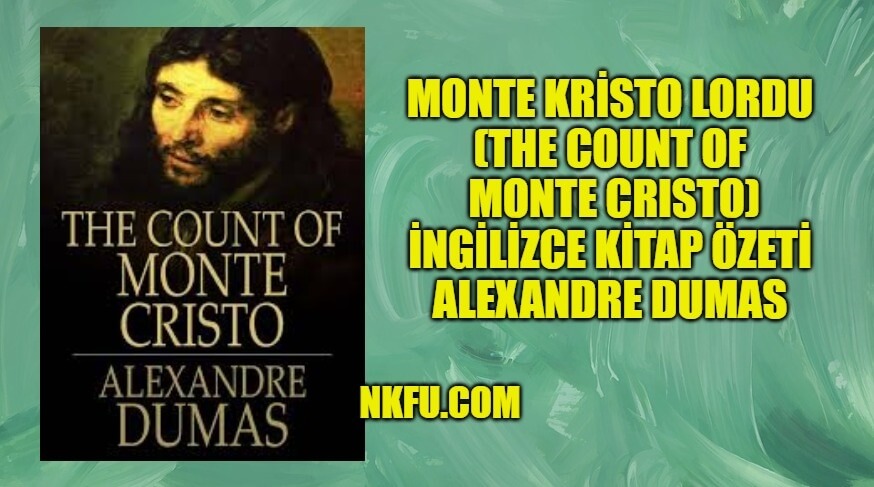 The novel begins with the handsome young sailor Edmond Dantes. He has just returned from a journey aboard the Pharaon. The Pharaon’s shipowner, M. Morrel, rushes out to meet the ship. He finds that the captain has died en route, and Dantes has assumed the post with admirable skill. He thus plans to make Dantes officially the next captain of the ship.

Dantes future is thus promising. His father’s financial situation as well as his own will be greatly ameliorated. In addition, Dantes has plans to marry the beautiful Mercedes who has awaited his return from sea with great anxiety and love.

Dantes will not get the chance to realize his bright future, however. His success has earned him three conspiring enemies. They write a letter falsely incriminating him in a Bonapartist plot (the royalists are currently in power). These three enemies are Danglars, Fernand Mondego, and Caderousse. Danglars will become captain of the Pharaon once Dantes is removed, Fernand aspires to win Mercedes’ love, and Caderousse is a jealous neighbor of Dantes.

Perhaps the conspiracy would not have been so successful had not the denunciation fallen into the hands of the public prosecutor, Monsieur de Villefort. This man has nothing personal against Dantes, however, he has Dantes incarcerated as a most dangerous criminal. His policy against Bonapartists must be extremely vigilant in order to counter the reputation of his father. His father is a known Bonapartist, and Villefort is paranoid that this fact shall hurt his career among the ruling royalists. Thus, he throws Dantes, an innocent man, into the Chateau D’If.

Political regimes change, yet Dantes is forgotten. M. Morrel attempts to have him freed, yet to no avail. In prison, Dantes loses hope and decides to starve himself to death. Thankfully, the prisoner in the next cell was building a tunnel to escape. Miscalculations bring the Abbe Faria, to Dantes cell instead of freedom. The two become friends, and the learned Abbe teaches Dantes all his vast knowledge of literature, the sciences and languages. The Abbe also reveals to Dantes the location of an immense treasure on the Isle of Monte Cristo. He hopes Dantes will retrieve this treasure should he escape. When the Abbe dies, Dantes replaces his body with the Abbe’s. The Abbe’s body bag is thrown into the sea. Dantes is free at last, after fourteen years of imprisonment. Dantes is saved from the sea by Italian smugglers.

Dantes’ only reason for living now is to have vengeance upon those who threw his life away. He becomes a smuggler for a time, and finally has the opportunity to retrieve the treasure spoken of by Abbe Faria. He shall use this treasure to calculate the downfall of the four men who imprisoned him. Dantes’, now the Count of Monte Cristo, shall calculate his revenge over the next10 years. He has already waited fourteen years, thus he has learned the virtue of patience. These men deserve to suffer.

These men deserve to suffer.

Their downfall shall be all the more destructive if his revenge is not brash, but calculated. Over the next ten years, Monte Cristo conditions himself, and learns of all the details of his enemies past. He also amasses a circle of servants who are forever indebted to him. Using his immense fortune he buys back freedom of men such as Peppino. Luigi Vampa, the great Italian bandit is also indebted to the Count. These men owe the Count their lives, and will prove indispensable to the Count’s plans for revenge.

Before exacting revenge, however, the Count rewards the one family that remained true to him. He saves the Morrel firm from financial disaster by providing a diamond and a new ship to the family anonymously.

The count is now ready to exact revenge.

The count is now ready to exact revenge. He understands his duty to act as divine justice. When the Count is ready to enter Parisien society, and to destroy his enemies, he does so through contact with Albert de Morcerf. This is the son of Count de Morcerf, a new title given to the very same Fernand Mondego who conspired against Dantes. By winning Albert’s trust he is introduced to all his former enemies, including Danglars, Count de Morcerf, and Monsieur de Villefort. These men are at the center of social and political life in Paris and are very rich. Monte Cristo’s arrival in Paris causes a great stir, for his fortune is immense. None of his enemies recognize him however. In fact, they are all eager to associate with this great man. Mercedes, now the Countess de Morcerf, recognizes him, yet she does not reveal his identity to anyone.

The Count of Monte Cristo also disguises himself as an Abbe and returns to find Caderousse still a poor man. He gives Caderousse a diamond, yet he knows this shall not bring Caderousse happiness. Caderousse’s greed is far too great. The diamond is part of Caderousse’s slow punishment. First, Caderousse kills a jeweler, his wife, and is then thrown into prison. The Count, disguised as a Lord Wilmore, later helps Caderousse escape from prison. Caderousse then attempts to rob the count, still not knowing that it is Dantes. During this robbery attempt, Caderousse is murdered by his accomplice, Benedetto. As Caderousse is dying, the Count whispers his identity in Caderousse’s ear. Caderousse then cries out to God.

Caderousse then cries out to God.

Fernand Mondego became a military hero and had married Mercedes who had given up hope to ever see Dantes again. Mercedes was unaware of the treachery of her husband. They have a fortune, and exist in Parisien society as the Count and Countess de Morcerf. The Count destroys Morcerf by revealing his military treachery to all of Parisien society. Monte Cristo had bought Haydee as a slave. This girl was once the daughter of Ali Pasha who was betrayed by Morcerf. She testifies that the Count sold her into slavery. Her father had been the Count de Morcerf’s benefactor. Morcerf had killed her father, surrendered her father’s Greek City to the Turks, and sold his wife and daughter into slavery. When this news is revealed to Paris, the Count de Morcerf is thus ruined. His wife and son flee, and he shoots himself.

Monsieur de Villefort had married twice. He has one daughter by his first wife and a son by his second wife. Valentine is his daughter. The Count destroys de Villefort by introducing Andrea Calvacanti into society. Benedetto, alias Calvacanti, is the son of Monsieur de Villefort and Madame Danglars. Long ago, Villefort had attempted to bury the newborn baby alive, but Bertuccio, now Monte Cristo’s servant had dug the baby up and saved it. Villefort’s crime is revealed in a court of law, since Calvacanti is on trial as an escaped convict. Villefort is thus destroyed. His wife as treacherous as he had also poisoned his entire family. Her motive was to gain a fortune for her son. The Count however, had saved Valentine, since Maximilien Morrel, the son of M. Morrel was in love with her. Villefort goes insane.

Danglars had become a rich banker.

Danglars had become a rich banker. He has a wife and daughter. His wife is of noble birth, yet when Danglars married her, her repute as a woman was suspect. The Count destroys Danglars by opening credit with him for six million francs. Right when Danglars needs this money, the Count also takes a receipt for five million francs from him to cash. Danglars can no longer uphold his firm. He follows Danglars to Italy, once Danglars flees Paris. (Danglars has been alienated from his wife for years, and his daughter runs off, as a result of a failed marriage contract to Andrea Calvacanti. Monte Cristo had also arranged this failed enterprise.

Danglars thus had no reason to stay in Paris.) Danglars tries to redeem his five million francs from Monte Cristo’s firm in Italy. Once he does this, Monte Cristo’s bandits follow him, and they destroy him financially by holding him captive and requiring him to pay vast sums of money to survive on a little food. Danglars is left with nothing and his hair turns white during his brief captivity with the Monte Cristo’s bandits. Monte Cristo does not fail to inform Danglars his true identity.

Thus, the Count’s revenge is now complete. Political regimes change, yet Dantes is forgotten. He has succeeded in his quest for slow revenge. His enemies have suffered for their sins. He has one last meeting with Mercedes. Mercedes shall lead a life of prayer in a convent, for her son has gone to rebuild his future in the army.

The Count of Monte Cristo had assumed the role of Providence by destroying all that had been built by his enemies during his long years of imprisonment. He must now leave. After leaving much of his belongings to Maximilien Morrel and Valentine, to whom he wishes eternal love and happiness, he leaves aboard a ship with Haydee his own new love