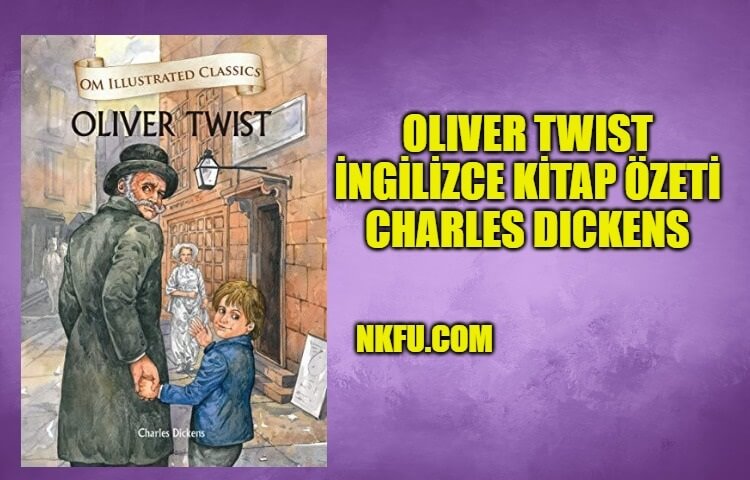 Oliver Twist; The book opens up with Oliver Twist being born in a public workhouse and his mom dies. So, he is an orphan who gets beaten and treated terribly. One day, he asks for more food at dinner and he is thrashed and thrown out of the public workhouse he was staying at. He goes to work for an undertaker named Mr. Sowerberry who has this employee named Noah Claypole. Noah picks on Oliver and one day makes fun of his mom. So Oliver whips his ass. Mrs. Sowerberry, Noah, and Noah’s girl Charlotte all make up this story about how Oliver tried to kill everyone so Mr. Sowerberry beats him real bad. Oliver decides to run away to London.

Oliver makes it to London barely.

Remember, he is a little kid. He makes it to London where he is sucked in by this gang of thieves led by the Jew, Fagin. The guy who gets him is Jack Dawkins. (Artful Dodger) Oliver doesn’t know they are crooks but he needed a place to stay. He stays with them for a while and Fagin teaches him how to pickpocket as if it was a game. Oliver is so naive. Oliver goes out with Master Bates and Dodger and watches them pickpocket this guy (Mr. Brownlow). Oliver gets caught though and is dragged to the police station but is let off. He is very sick so Mr. Brownlow takes him in. Fagin is very very mad.

Oliver gets healthy again. Mr. Brownlow sees something familiar about Oliver but doesn’t know what. One day, Oliver is doing an errand for Mr. Brownlow and he runs into Nancy and Sikes. They grab him and take him back to Fagin. Then Bill Sikes uses Oliver in a house robbery. It all goes bad and Oliver is shot. Sikes escapes with the other thieves but Oliver is left behind. Oliver goes back to the house that was broken into and collapses. This is the house where Mrs. Maylie and Rose Maylie live. They take care of Oliver and nurse him back to health.

Fagin is even madder he lost Oliver again.

It turns out this guy Monks is paying Fagin to turn Oliver into a criminal. Oliver goes into the country with Mrs. Maylie and Rose. He has a nice time and recovers fully. Harry Maylie comes out to visit. He and Rose are in love but Rose has a dirty past and Harry is a respectable man so they can’t marry. It’s very sad for them. At the same time, Mr. Bumble and his new wife do a deal with Monks. Oliver’s mother died and left a gold locket with some locks of hair and a wedding ring inside. Mrs. Bumble has it and sells it to Monks. Monks gets rid the locket by tossing it in the river.

Now, Nancy overhears some talk and she goes to a hotel where Rose is staying. She tells Rose about Monks and his interest in Oliver and also her part in Oliver’s bad luck. Oliver is reintroduced to Mr. Brownlow and the truth starts to come out. Also, Noah comes to London with his girl and he joins Fagin’s gang. This is how the end plays out. Nancy meets Mr. Brownlow and Rose and tells them all she knows about Monks interest in Oliver. Noah follows Nancy and also hears it.

Fagin tells Sikes….Sikes is furious that Nancy would expose him…so he kills her. Now, he is on the run. Mr. Brownlow catches Monks, who turns out to be the son of his old friend. Monks real name is Edward Leeford. Monks also turns out to be Oliver’s half-brother. He was trying to keep Oliver poor and a criminal so Oliver would never get his father’s inheritance. Monks gives away the whole game. Fagin is caught and condemned to death. Sikes dies trying to escape. Oliver knows who his mother was and finds peace. Rose turns out to be Oliver’s mother’s sister. Rose no longer has a dirty past because she was not illegitimate so she can marry Harry and she does. So…a happy ending for little Oliver.

Oliver is a young, good-hearted, and kind–but often mistreated–orphan who is raised in a workhouse, and finds himself indentured to an undertaker, living with thieves, and eventually taken in by the kind Mr. Brownlow and Mrs. Maylie. His generosity of spirit is total, and even when faced with serious maltreatment, he never loses his sense of morality or kindness.

A very old man, with a villainous-looking and repulsive face, Fagin is the leader of a gang of boy thieves, and a very greedy and vicious man. It is Fagin who tries to turn Oliver into a thief, and who betrays Nancy to Sikes, leading to her death.

Mr. Brownlow is a very respectable-looking elderly gentleman, who has had his heart broken many times, including losing his fiancee on the day of their wedding. He takes a liking to Oliver even after suspecting him of stealing his handkerchief, and takes him in, doing everything he can to help him.

Nancy is a young woman and prostitute raised into that profession by Fagin. Nancy eventually betrays Fagin and Sikes to save Oliver, but she will not leave them, and pays her life for this decision.

A stoutly-built man in his thirties, Bill is a vicious housebreaker and thief who often works with Fagin, and is involved with Nancy. He often mistreats, and eventually kills her.

Rose is Mrs. Maylie’s niece, a beautiful seventeen-year-old woman, who is both intelligent and perfectly kind. She is an orphan who is taken in by Mrs. Maylie, and ends up marrying Harry Maylie.

Mr. Bumble is the beadle of the parish, a fat and choleric man who takes great joy in abusing those below him, and is often offended by their impositions on him.

Edward is Oliver’s half-brother, who goes by the alias Monks for most of the novel. He offers to pay Fagin to corrupt Oliver, so that he may have Oliver’s inheritance. He is in his late twenties, but haggard in appearance, with extremely deep set eyes, and suffers from fits.

Mrs. Maylie is an older lady, who despite her age is very dignified and stately. She is the owner of the mansion that Sikes and Crackit attempt to rob, the mother of Harry Maylie and the adopted aunt of Rose Maylie. In her kindness, she takes Oliver in.