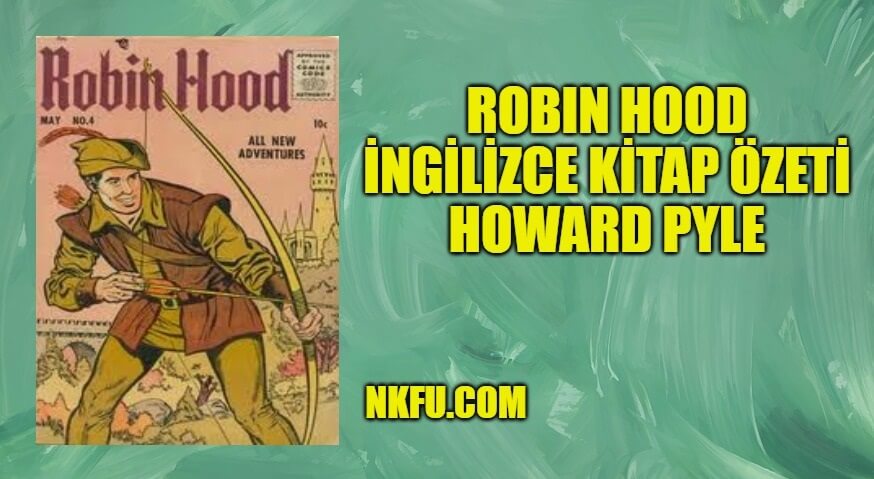 When the evil Sheriff of Nottingham discovers that Robin Hood, the popular robber of Sherwood Forest, is really the land-owning Robin Fitzooth of Locksley, he devises a plan to catch him at his wedding to Marian Fitzwalter. But, as always when cornered by the sheriff, Robin uses his superior skill and cunning to evade capture. However, he cannot now return to his lands, and becomes an outlaw. He settles in the forest of Sherwood with a band of trusty
men.

King Richard supports him and restores Robin’s land. Richard dies, his brother John ascends to the throne and once more Robin finds himself pitted against the sheriff. Inevitably he escapes, but not before receiving a mortal wound. He dies and is buried in the forest of Sherwood.

Sir George Gamwell fights against a Norman lord who wants his lands. His two sons and his wife are killed, leaving him with his only daughter, Joanna. He teaches her to defend herself. She falls in love with a Norman and, as her father will not accept him, she escapes to the forest with him. They have a boy, Robin Fitzooth. Joanna teaches her son to live in the forest.

At twenty-five, Robin is a kind man who helps poor villagers. When the Sheriff hears stories about a robber called Robin Hood on his lands, he sends one of his men in disguise to find out about him. The robber is Robin of Locksley. The Sheriff has a plan: he will go to St. Mary’s Abbey the next day with his men and arrest Robin before he marries Lady Marian.

On his wedding day to lovely Lady Marian, the Sheriff’s men interrupt the ceremony and there is a fight outside the abbey. Robin now has to hide in the forest because the Sheriff knows who he is, but he asks Marian to wait for him.

After the events at the church, Prince John sells Robin’s lands to the Sheriff and the situation of the villagers gets worse. Much the forester is found carrying a dead deer and, as he cannot pay for it, the Sheriff will kill him. He then tells the Sheriff he can lead him to Robin, but escapes into the forest. He is killed and his house burnt down. Much’s son joins Robin.

On a walk along the forest, Robin meets Little John, a big and strong man. They fight. Little John wins and throws Robin into the river. Robin then invites him to join his group in the forest.

Will finds a sad Sir Richard of Lee in the forest and takes him to Robin. He needs help to repay the money lent to him by the Abbot of St Mary’s to save his son’s life. Robin offers him the sum he needs and Little John goes with him, but they want to test the Abbot and see if he’s ready to be flexible.

They find out the Abbot will not wait another year for the money so that he can have Sir Richard’s lands and house. When Little John adds the sum Sir Richard needs to meet the full amount of the debt, the Abbot is very angry.

In the summer, Lady Marian and her father have their big party. The Sheriff knows Robin will be there. When his men try to catch him, another fight breaks out.

The next day, the Sheriff visits Marian’s father and announces he wants to marry his daughter. Marian does not talk to him but she listens behind a door. Her father advises her to marry the Sheriff but she refuses.

Now Marian has to flee to the forest too, as she refuses to marry the sheriff. She brings with her Friar Tuck, but they get separated in the forest. Robin and Marian want him to marry them, but first they need to find him!

Robin finds Friar Tuck working as a ferryman and has some fun with his boat before asking the friar to officiate at his marriage to Marian, and then to join the outlaw band.

To recover the money they have given to Sir Richard, Robin’s men invite two rich churchmen to a forest dinner and rob them of their clothes, their horses and their bags full of gold.

When Sir Richard tries to return the money Robin has lent him, he does not take the gold. Instead, he gives him fine clothes and a beautiful white horse for his wife.

Once again, the sheriff devises a cunning plan to catch Robin. He organises an archery contest, knowing that Robin will be tempted to prove his mastery. Robin duly comes, wins the contest and escapes.

King Richard arrives in Sherwood himself to check up on Robin Hood. When he has satisfied himself about the outlaw’s true self, he reveals himself and restores Robin’s lands.

King Richard dies and Robin is caught and wounded. From the St. Mary’s Abbey, where he lies dying, he shoots an arrow and is then buried in the forest where it falls.