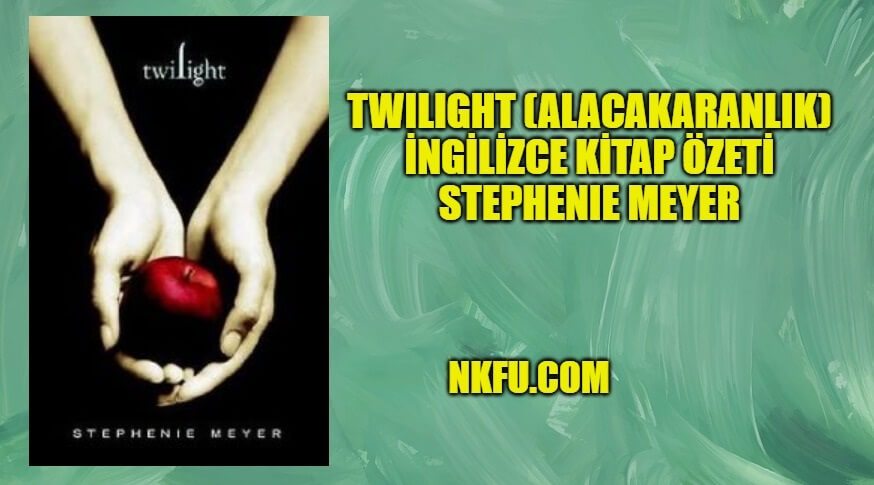 Isabella Swan leaves Phoenix, Arizona and moves to a new place in Forks, Washington to live with her dad. She does it so her mother can travel around with her baseball player husband Phil Dwyer. Bella didn’t used to stir much water in Phoenix, but after her move to Forks, she soon finds herself in the spotlight at her new school. To her astonishment and dismay many of the guys in class compete for her attention.

Forks is rainy and Bella doesn’t enjoy it much – to her it’s boring and pretty lame. There is one saving grace though – Edward Cullen, the stunningly handsome guy she sits next to in Biology. As she’s trying to find out more about this mysterious man, she hears of The Cullens being un-human. Despite all the talk, Bella finds it impossible to believe there’s anything supernatural about him and his strange behavior.

During Bella’s first day of school, Edward Cullen displays a strange level of tension toward her

During Bella’s first day of school, Edward Cullen displays a strange level of tension toward her. She reasons that it’s because he doesn’t like her that much. Shortly after though, he begins to change his attitude and starts friendly talk. Then one day on a parking lot, an out of control van comes flying at Bella and is about to crush her to death when all of a sudden the van is stopped by an unknown force just before it would have squashed her against her own truck. Completely unharmed realizing she should have been dead, Bella turns her head and sees Edward, whom she saw across the parking lot just a second ago, kneeling next to her with his hand against the van. Bella looks at the hand shaped dent on the van and realizes that Edward halted speeding van with his hand.

Bella didn’t tell anyone about how Edward saved her life, but when she approached him to explain how he could get to her across the lot so quickly and stop the van with his hand, he isn’t too keen to confess and refuses to comment. The spark between the two continues to grow despite Edwards’s attempts to avoid her. When confronted about it by her, Edward simply comes with excuses Bella is not willing to accept. However he mentions that it’s in their best interest to stay away of each other, as getting involved with her would put her in immense danger.

Bella has no more doubts that Edward and the entire family of Cullens are un-human. She is hinted by her friend Jacob Black that The Cullens are a clan of vampires. When attraction between the two grows to a point that neither can be without each other, Edward reveals the truth about his family. He even tells her about his ability to read people’s minds and that he’s dumbfounded by his inability to ascertain what she is thinking.

Edward and Bella fall deeply in love, despite the obvious difficulties a love between a human and a vampire presents. Edward is facing his biggest personal challenge in resisting Bella’s scent. The scent of her blood is extremely strong and desirable, and Edward is afraid that the natural instincts of a vampire he is would take over to a point that he wouldn’t be able to contain himself and would harm the woman he loves.

Bella’s scent is then picked up by a tracker vampire James who sets on a mission to hunt Bella down for sport.

Bella’s scent is then picked up by a tracker vampire James who sets on a mission to hunt Bella down for sport. The Cullens, who now consider Bella part of her family are determined to protect her and separate Bella from Edward, sending the girl back to Phoenix. Bella stays in a hotel and receives a phone call from James telling her he had her mom and gave her instructions on what she needs to do if she wants to see her alive.

Bella surrenders herself to James, but Edward shows up and fights him. The rest of Cullens joins in to fight the tracker but he manages to bite Bella in her hand before he’s killed. Edward doesn’t want Bella to turn into a vampire and begins to suck venom infected blood from the wound. He’s now tasting the blood, the smell of which he found so hard to resist. He was urged to stop by his adopted father Carlisle Cullen.

Bella was saved and after she’d recovered, she returned to Forks to attend prom with Edward. As the two walk into the night, Bella exposes herself and pleads with him to embrace her and turn her into one of his kind with a bite to her neck. Edward refuses, although the reason for this denial is unknown