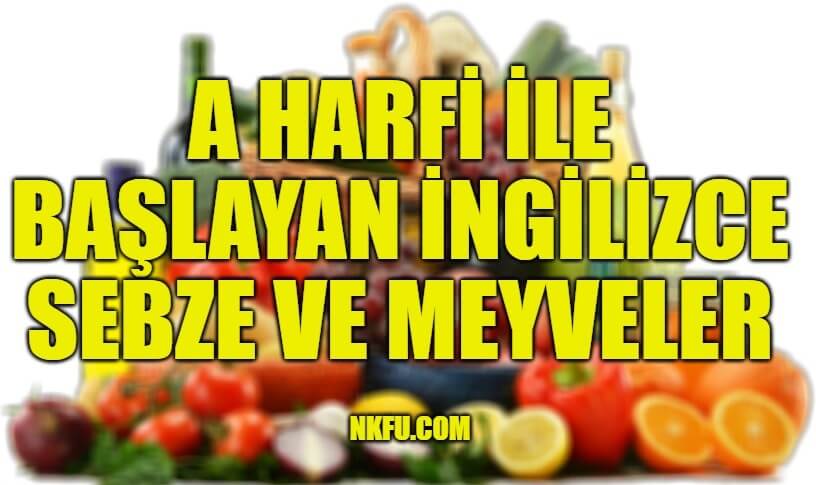 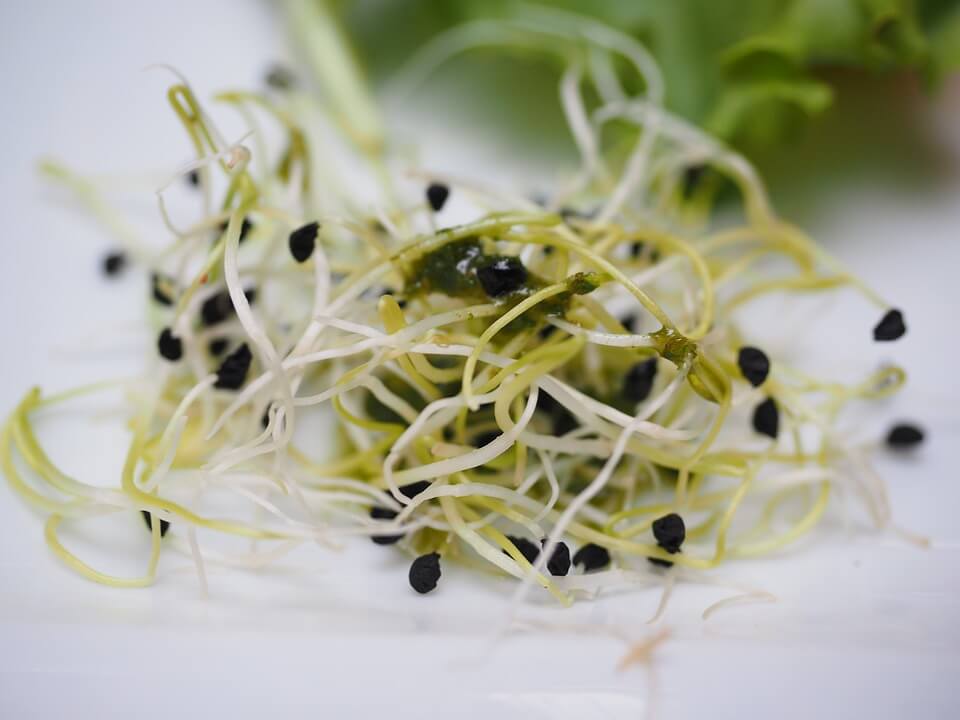 Alfalfa is a type of flowering plant that belongs to the pea family. It originates from south-east Asia. Cultivation of alfalfa started in Persia 6.000 years ago. Due to ability to fix atmospheric nitrogen and increase fertility of the soil, alfalfa is often cultivated as rotation crop (it improves quality of soil for the future crops). Alfalfa attracts more than 100 birds, various mammals and insects that use this plant as a source of food and shelter. People cultivate alfalfa mainly as animal fodder. 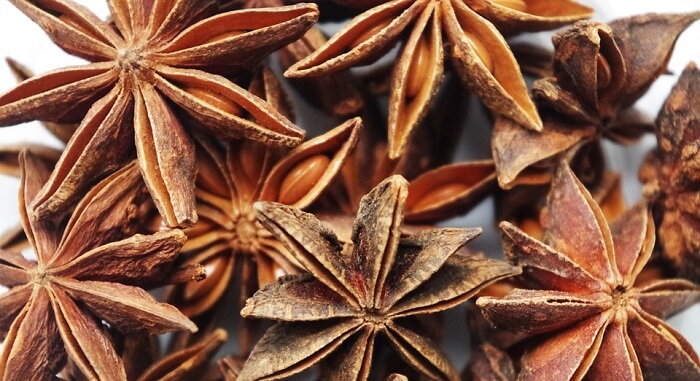 Anise is a type of herbaceous plant that belongs to the carrot family. It originates from Middle East and Mediterranean region. Anise can be found in areas with warm climate around the world today. It grows on light, well-drained soil in areas that provide enough sun. People cultivate anise as a spice and because of its essential oils that have application in medical, pharmaceutical and cosmetic industry. Mexico is the greatest manufacturer of anise in the world. 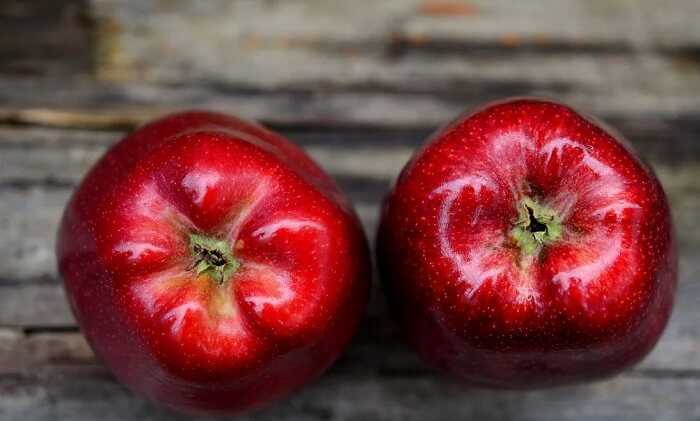 Apple tree belongs to the family Rosaceae (family of roses). There are over 7500 varieties of apples that can be found worldwide. Apples originate from central Asia. They are part of human diet for thousands of years. This fruit is a symbol of temptation and immorality in Christianity (forbidden fruit that Adam ate). Apples are also a symbol of beauty, love, health and fertility. Besides high nutritional value, apples are beneficial for health. Recent medical studies suggest that apples may prevent development of certain types of cancer. 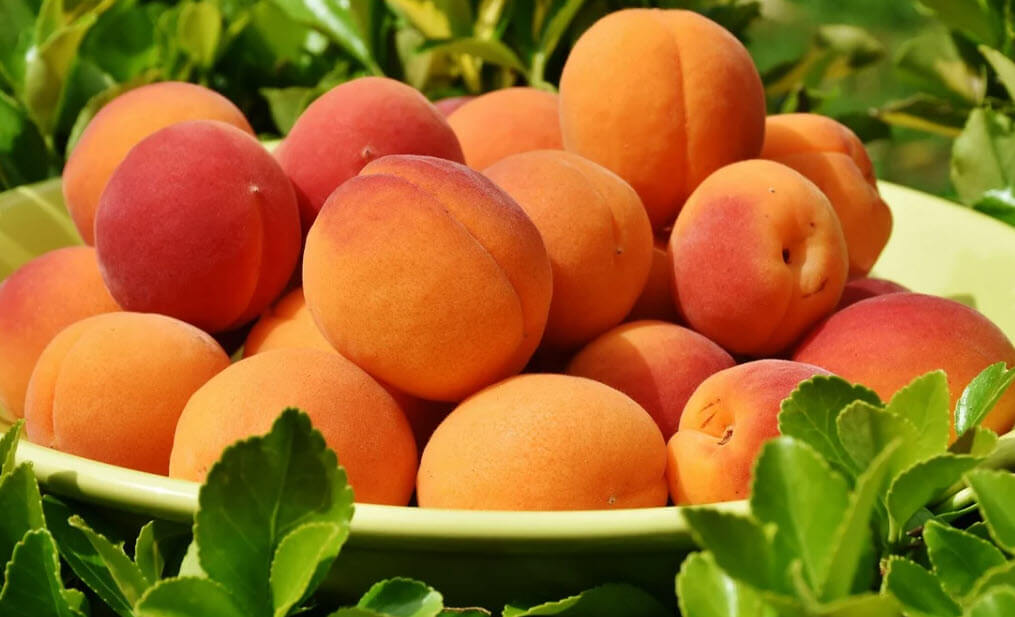 Apricots are one of the smaller stone fruits. Their shape is rounded yet oblong. The skin is smooth and velvety, golden orange with slight rosy blushing, depending on variety. The fruit contains a loosely connected central pit. Younger apricots will be slightly firm, and somewhat sweet, yet lacking developed flavor as they ripen even after they are harvested. Ripe apricots are sweetforward with a slightly tart finish and a juicy, tender mouthfeel.

Artichoke is a type of flowering plant that belongs to the group of thistles. This plant originates from North Africa and Mediterranean region. Artichoke was initially cultivated and consumed in the Middle East. This plant was used as medicine and food in the ancient Greece. It was popular among wealthy citizens of the ancient Rome (poor people were not allowed to consume artichoke). Intensive cultivation of artichoke in Europe started in the 15th century, and few centuries later (19th century), artichoke was introduced to the USA. Artichoke grows best in cool climate, on well-drained rich soil. People cultivate artichoke mainly as a source of food. Other than that, artichoke can be cultivated as ornamental plant. 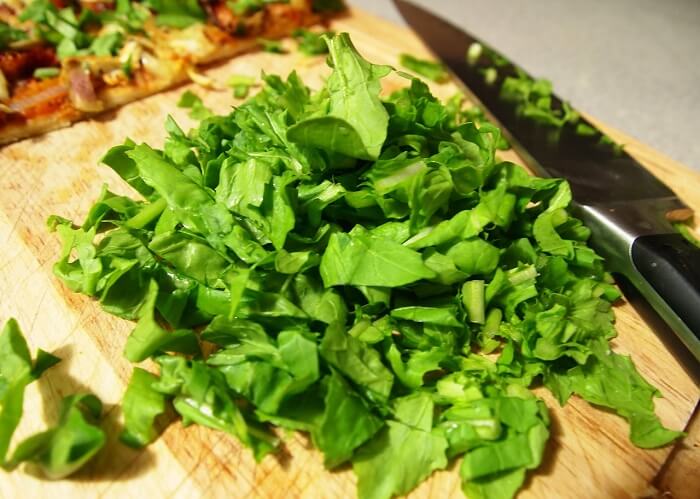 Arugula greens consist of vibrantly green colored, deeply lobed leaves attached to a pale creamy-green hued stem. The leaves can be harvested when young for a mild flavor or when fully mature at 3 or 4 inches in length for maximum mustardy tones. However, those leaves allowed to mature too long on the arugula plant will become bitter in taste. Arugula offers an herbaceous, peppery flavor with a mustardy tang and nutty finish. 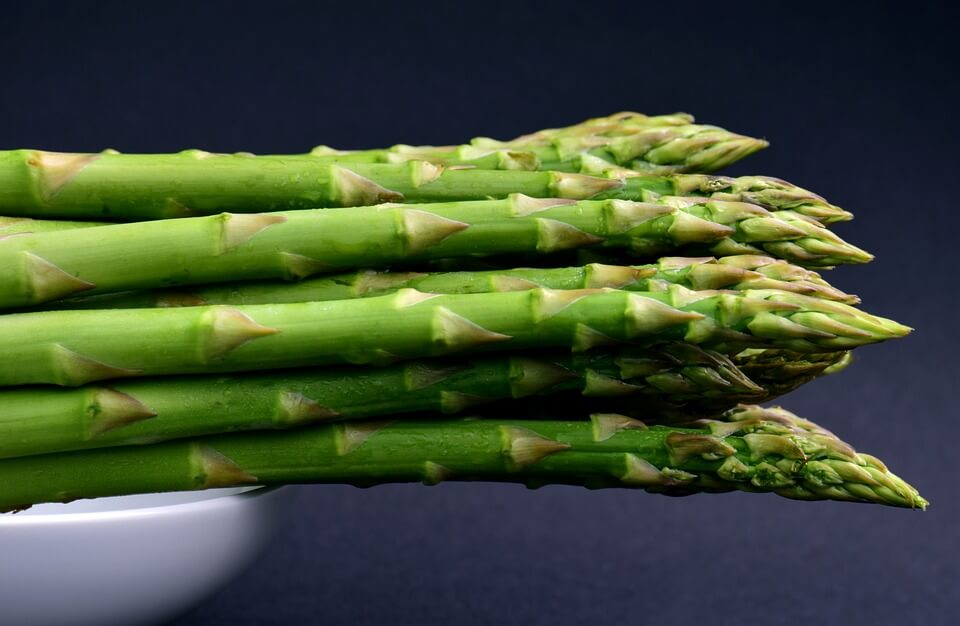 Asparagus is herbaceous plant that belongs to the family Asparagaceae. It originates from Europe, North Africa and West Asia, but it can be found around the world today. Asparagus grows in a temperate climate. It remains dormant during the cold period of the year (low temperatures are essential for the proper development of this plant). Majority of globally consumed asparagus originate from China that produces nearly 7 million tons of this vegetable each year. 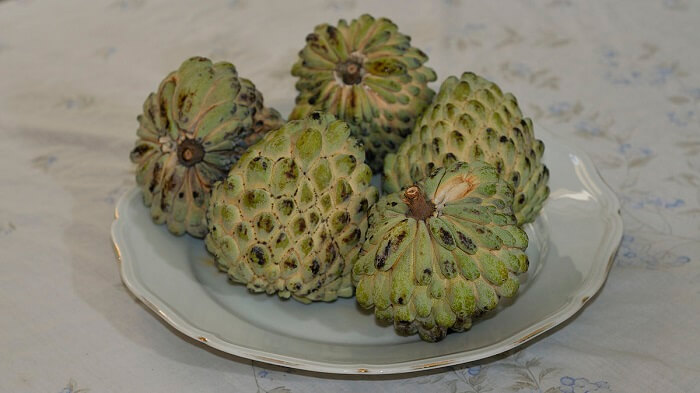 Atemoyas are round or heart-shaped, averaging from 8 to 12 inches long; some can weigh up to 5 pounds. Their skin is a pale bluish-green or pea-green, and turns more yellow as it gets riper. The skin is of medium thickness, which is composed of fused areoles that make the fruit look like a pinecone. The flesh is a snow-white color. Inside there are several large black seeds, which should not be eaten. Atemoyas tend to have fewer seeds that the Sugar Apple. The texture is similar to a firm custard, sometimes with some grittiness similar to a pear. The flavor most closely resembles a Cherimoya—pineapple, vanilla, cream, and subacidic notes. 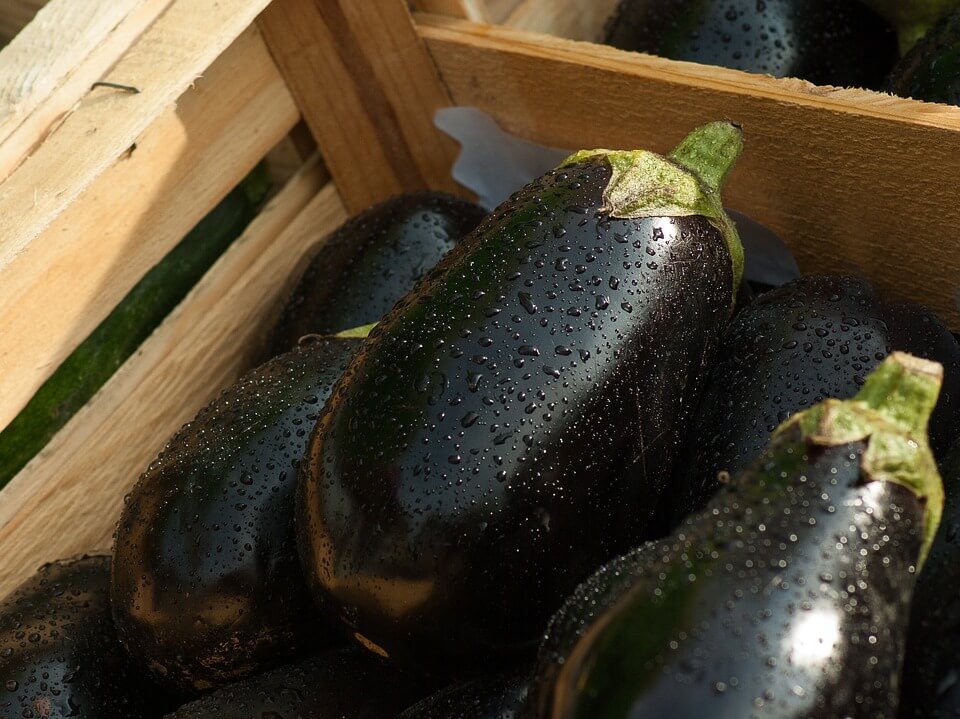 Eggplant, also known as aubergine, is a flowering plant that belongs to the nightshade family. It originates from China. Cultivation of eggplant started 600 years BC in southern and eastern parts of Asia. There are around 770 varieties of eggplant that can be found in tropical and sub-tropical areas around the world. People cultivate eggplant as a source of food. Other than that, eggplant can be cultivated as ornamental plant. 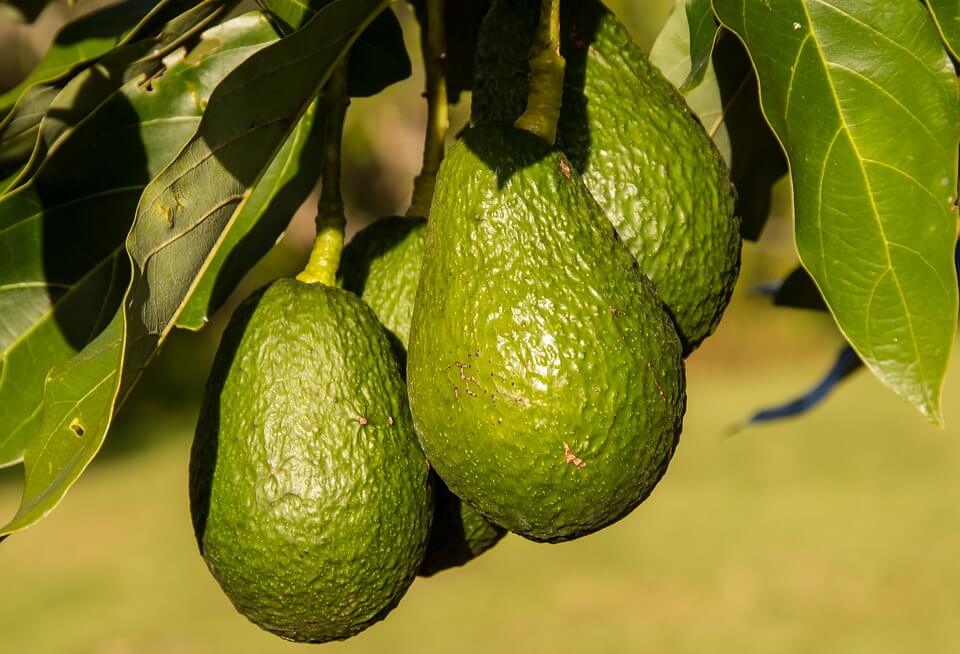 Avocado is a flowering plant that belongs to the family Lauracaea. This plant originates from Mexico, but it can be found around the world today. Avocado grows in tropical and subtropical areas that provide enough sunlight and humidity. It does not tolerate low temperatures and strong winds. Avocado is prone to different bacterial, viral and fungal disease that may induce rotting of certain parts of the plant or lead to death of entire tree. Avocado is an integral part of human diet for thousands of years. There are over 400 different varieties of avocado, but only few of them are used commercially. Due to intense flavor and high nutritional value, popularity of avocado is growing constantly.